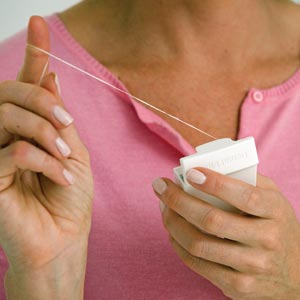 You’ve brushed your teeth since you were big enough to look over the bathroom sink: now you brush and floss every day. You do it because you know it’s important — but do you know why?

It’s because your teeth and gums have enemies: oral bacteria, in particular, the major cause of tooth decay and periodontal (gum) disease. The vehicle for these infections is a thin-film of food particles on tooth surfaces called plaque.

Daily brushing removes plaque from broad tooth surfaces, while flossing removes it from between teeth. If you don’t brush or floss every day — or you aren’t effective enough — then plaque becomes a haven for bacteria which then produces high levels of acid that soften and erode enamel. Bacterial plaque can also trigger gum disease: gingivitis (inflamed gum tissues) can begin in just a few days of not brushing and flossing.

You could avoid these diseases and their higher treatment costs with an effective, daily hygiene regimen. There are things you can start doing right now to improve your efforts: Be sure to hold your toothbrush (soft, multi-tufted is best for most people) at a 45-degree angle to the gum line and gently scrape or wiggle the bristles across the teeth; cover all tooth surfaces on both sides of the teeth — about two minutes of brushing. Be sure to use a fluoride toothpaste to boost enamel strength and don’t apply too much pressure when you brush to avoid damaging your gums.

With flossing it’s best to hold a small amount of string between fingers from each hand and work it gently between the gaps of each tooth. You then wrap the floss around each tooth in the form of a “C” and gently move up and down three or four times.

You can check to see if you’re performing these tasks adequately by running your tongue across your teeth — they should feel smooth and a little squeaky. The real test, though, is during your next checkup. Hopefully we’ll find the hygiene habits you’ve been practicing your whole life are helping you keep your teeth healthy and disease-free.

If you would like more information on good oral hygiene practices, please contact us or schedule an appointment for a consultation. 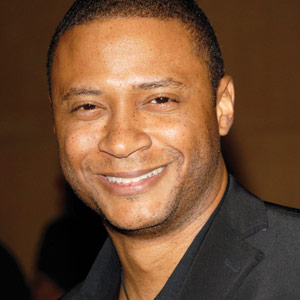 Can you have healthy teeth and still have gum disease? Absolutely! And if you don’t believe us, just ask actor David Ramsey. The cast member of TV hits such as Dexter and Arrow said in a recent interview that up to the present day, he has never had a single cavity. Yet at a routine dental visit during his college years, Ramsey’s dentist pointed out how easily his gums bled during the exam. This was an early sign of periodontal (gum) disease, the dentist told him.

Apparently, Ramsey had always been very conscientious about brushing his teeth, but he never flossed them.

“This isn’t just some strange phenomenon that exists just in my house — a lot of people who brush don’t really floss,” he noted.

Unfortunately, that’s true — and we’d certainly like to change it. So why is flossing so important?

Oral diseases such as tooth decay and periodontal disease often start when dental plaque, a bacteria-laden film that collects on teeth, is allowed to build up. These sticky deposits can harden into a substance called tartar or calculus, which is irritating to the gums and must be removed during a professional teeth cleaning.

Brushing teeth is one way to remove soft plaque, but it is not effective at reaching bacteria or food debris between teeth. That’s where flossing comes in. Floss can fit into spaces that your toothbrush never reaches. In fact, if you don’t floss, you’re leaving about a third to half of your tooth surface unclean — and, as David Ramsey found out, that’s a path to periodontal disease.

Since then, however, Ramsey has become a meticulous Flosser, and he proudly notes that the long-ago dental appointment “was the last we heard of any type of gum disease.”

Let that be the same for you! Just remember to brush and floss, eat a good diet low in sugar, and come in to the dental office for regular professional cleanings.

If you would like more information on flossing or periodontal disease, please contact us today to schedule an appointment for a consultation. You can also learn more by reading the Dear Doctor magazine article “Understanding Gum (Periodontal) Disease.” 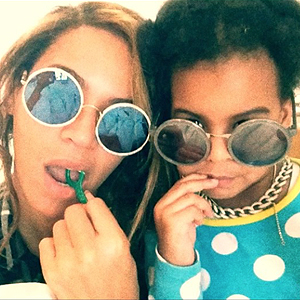 As is the case with most celebs today, Beyonce is no stranger to sharing on social media… but she really got our attention with a video she recently posted on Instagram. The clip shows the superstar songstress — along with her adorable three-year old daughter Blue Ivy — flossing their teeth! In the background, a vocalist (sounding remarkably like her husband Jay-Z) repeats the phrase “flossing’…flossing’…” as mom and daughter appear to take care of their dental hygiene in time with the beat: https://instagram.com/p/073CF1vw07/?taken-by=beyonce

We’re happy that this clip highlights the importance of helping kids get an early start on good oral hygiene. And, according to authorities like the American Dental Association and the American Academy of Pediatric Dentistry, age 3 is about the right time for kids to begin getting involved in the care of their own teeth.

Of course, parents should start paying attention to their kids’ oral hygiene long before age three. In fact, as soon as baby’s tiny teeth make their first appearance, the teeth and gums can be cleaned with a soft brush or cloth and a smear of fluoride toothpaste, about the size of a grain of rice. Around age 3, kids will develop the ability to spit out the toothpaste. That’s when you can increase the amount of toothpaste a little, and start explaining to them how you clean all around the teeth on the top and bottom of the mouth. Depending on your child’s dexterity, age 3 might be a good time to let them have a try at brushing by themselves.

Ready to help your kids take the first steps to a lifetime of good dental checkups? Place a pea-sized dab of fluoride toothpaste on a soft-bristled brush, and gently guide them as they clean in front, in back, on all surfaces of each tooth. At first, it’s a good idea to take turns brushing. That way, you can be sure they’re learning the right techniques and keeping their teeth plaque-free, while making the experience challenging and fun.

Most kids will need parental supervision and help with brushing until around age 6. As they develop better hand-eye coordination and the ability to follow through with the cleaning regimen, they can be left on their own more. But even the best may need some “brushing up” on their tooth-cleaning techniques from time to time.

What about flossing? While it’s an essential part of good oral hygiene, it does take a little more dexterity to do it properly. Flossing the gaps between teeth should be started when the teeth begin growing close to one another. Depending on how a child’s teeth are spaced, perhaps only the back ones will need to be flossed at first. Even after they learn to brush, kids may still need help flossing — but a floss holder (like the one Beyonce is using in the clip) can make the job a lot easier.

If you would like more information about maintaining your children’s oral hygiene, please contact us or schedule an appointment for a consultation. You can learn more by reading the Dear Doctor magazine articles “Top 10 Oral Health Tips For Children” and “How to Help Your Child Develop the Best Habits for Oral Health.”