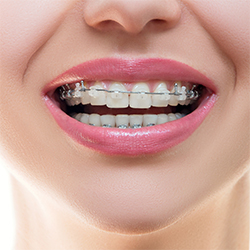 What is Invisalign for Teens?

Invisalign for Teens is a new ‘smile’ technology-Invisalign Teens™ that has been specifically designed for the orthodontic treatment of teenage children. The Invisalign clear aligners can be used in replacement of wire braces which are conspicuous and need frequent tweaking at the dentist’s office. In contrast to the wire braces, these aligners let you eat and smile naturally, clean your teeth easily, and yet keep aligning your teeth gradually without any discomfort. And of course! These aligners are prepared from a clear material; therefore, they won’t be visible when you speak or smile. That is why more and more young men and women are going for Invisalign for Teens each day.

How Invisalign for Teens Works?

What is a clear aligner? Essentially it is it’s a thin plastic tray that fits over your upper and/or lower teeth. You have tosuccessively wear a series of aligners that are designed to gradually move your teeth into positions closer and closer to the final desired one. The existing state of your teeth is recorded digitally, and displayed with the help of special software. Our dentists at Barnaby Square Dental calculate what best alignment should be done initially, and the software then displays your teeth in the new position. Once finalized, CAD/ CAM machinery will manufacture the numbered trays for you.

How Long do I have to Wear Each Aligner?

Each aligner tray moves your tooth closer a step to the final position. You have to wear each aligner tray for about two weeks, afterwards it will be replaced with a new set of aligners. By the time you are finished with the final tray your teeth are in the position that had been visualized by the computer at the start of your treatment. 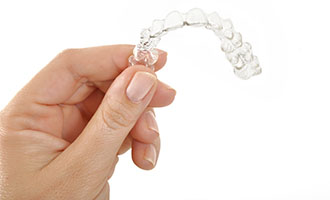 Your aligner has been designed to be worn 22 hours a day, permitting you to easily remove it for meals or special social occasions. However, even while you are wearing it, it is virtually unnoticeable — that is one of its important advantages over the metal braces! And there are many other advantages which are not so obvious.

For example, one of the benefits of aligners over the traditional braces is that alignerscan be easily removed (and reapplied). This allows you to clean your teeth just as usual-brushing and flossing your teeth the way you used to do previously. With metal braces on such cleaning is not possible.

Metal braces also irritate some people in the cheeks and gums. Wire braces often force the wearer to rush to the dentist to immediately cut or adjust a protruding wire or to reattach a broken bracket. On the other hand, the plastic used in the aligners does not normally cause any such problems. With aligners on you do not have to watch what to eat and what to avoid as you do with wire braces. You are free.

An Aligner Just for Teens

Aligners for adults have now been available for over a decade, but till recent times they were not normally recommended for teens. There were two main reasons: Firstly, teenagers werenot expected to keep them on for the desired 22 hours a day. Secondly, teenagers have some permanent teeth still erupting. That was feared to interfere with the precise movement of teeth.

Fortunately has again come to our rescue. The teenager model of clear aligners incorporates “compliance indicators” located on the aligners themselves. These are colored dots that fade over time as the aligners are worn in the mouth, and indicate whether or not the wearer has followed the plan. To kill the second problem, ‘teenager” aligners are made with “eruption tabs” built in. These are designed to hold space for those teeth which have not yet fully erupted.

It is for these reasons that more people than ever —adults as well asteenagers — are going forclear aligners. Are you one of them?

Please note that due to the recent COVID-19 outbreak Dr. Kamaei at Burnaby Square Dental will only be accepting patients for Emergency and Essential treatments at this time on the regulations and recommendations of the College of Dental Surgeons of BC, the BCDA and BC Health Authorities we have stopped all non-essential treatments effective immediately.

Our office hours have changed due to this to eliminate the amount of patients in the office at once and are as follows:
Monday/Wednesday/Friday 9:00 am – 1:00 pm