Medical professionals recognized the importance of X-rays as diagnostic instruments in the early twentieth century, not long after they were discovered. They could clearly reveal structures concealed within the body without the need for a dangerous surgery. Groundbreaking new technology has reached the diagnostic arena at the dawn of the twenty-first century. Cone Beam Computed Tomography (CBCT) has the potential to revolutionize the way many dental conditions are diagnosed and treated today.

Burnaby Square Dental is equipped with cutting-edge technology such as CBCT and Anesthesia Wand to help detect patients’ conditions and treat them painlessly.

What is Cone Beam CT Imaging?

Dental Cone Beam Computed Tomography or Cone-beam CT imaging is a particular type of x-ray equipment used by dentists if conventional dental or facial x-rays are not enough. Cone Beam CT shares several characteristics with traditional X-rays and regular CT scans performed in a hospital environment. However, in terms of infrastructure and diagnostic accuracy, it is a huge step forward. It allows dentists to see complex structures inside the mouth in three dimensions: nerves, root canals, and sinuses (air-filled spaces) in the jaw, without performing surgery. It may reduce the need for invasive procedures, shorten recovery time, and improve the patient’s likelihood of a positive outcome.

X-rays are a form of energy on the electromagnetic spectrum, similar to visible light. X-rays can create an image in the same way as light does on photographic film (or a digital camera sensor). The difference is that energetic X-rays will penetrate bone and soft tissue, revealing its concealed structure by varying degrees of absorption; in other words, they create a grayscale image of what’s under the surface. On the other hand, traditional X-rays are constrained because, like a still-life painting, they only show one viewpoint on the scene.

Now imagine a “flip book” — a small book made up of a series of pictures, each slightly different. When you rapidly flip through it, you may see (for example) an animated cartoon or a still subject from different perspectives. You could make an “animation” of the X-rays by putting together a flipbook created from a collection of X-ray “slices” of the same problem taken at slightly different angles. After that, it’s only one more step to build a 3-D model.

CBCT scanners do just that, recording between 150 and 600 separate X-ray views in under a minute using a revolving imaging system that passes around the patient’s head. The data is then processed by a powerful computer, which generates a virtual image of the region under investigation. When done, the model appears on a computer screen as a three-dimensional image: It can be rotated from each side or up and down, studied in greater or lesser detail, and manipulated in various ways without causing any distress to the patient or even requiring their presence.

Cone Beam CT Imaging has become a very vital part of specific dental treatments. It allows the dentist to construct a complete anatomical structure in 3-D for different areas of dentistry.

Cone Beam CT Imaging can provide a complete and comprehensive image of the teeth and jaws that allows the dentist to analyze how the teeth should be moved.

Patients with these conditions can significantly benefit from cone-beam CT images since they can provide accurate images to base treatments on.

With comprehensive scans, oral surgery for tumors or impacted teeth can be more efficient and successful.

Having better knowledge and understanding of the tooth structure and its canals can help dentists during complex dental treatments such as root canals.

Diagnosis of sleep apnea, a possibly dangerous condition, can be done more accurately with detailed imaging of the nose, mouth, and throat structures.
Air flow measurement and capacity is highly important.

With its concentrated x-ray beams, cone beam CT scans have less scattered radiation for an improved image. In just a single scan, there are different angles and views provided for a comprehensive evaluation.

Cone beam imaging is an excellent replacement for regular CT scans. Although CT scans have been used for its safety and effectiveness, it still emits a comparatively high radiation dosage. A conventional CT scan exposes patients to roughly 400-1000 µSv (microsieverts).

Unlike CT scans, cone beam scans have a less scattered x-ray that focuses only on the head. It allows a better imaging result to expose the patient to significantly lower radiation — about 50-200 µSv, roughly 75% lower than regular CT scans.

Scan Different Parts of the Face

A CT scan can only scan the entire head without focusing on specific areas that the dentist may need more details. Even if they only need to scan a particular part, they still need to scan the whole head.

CBCT imaging provides accurate and detailed scans of the facial anatomy and can provide scans of specific areas. It allows our dentist to provide better diagnosis and treatment plans for each patient that requires it.

CT scans take about 15-30 minutes to finish, ending in longer waiting times for other patients and slowing down other services. On the other hand, CBCT scans only take 10-30 seconds, which shortens overall waiting time and the scanning itself.

Cone beam CT imaging can provide detailed scans of your jaw bones, soft tissue, and teeth, all in a single scan. They also result in better quality images compared to regular CT scans.

CBCT scans also have multiple filtering and correction algorithms to help the dentist remove any scans’ interference. Overall, this results in a refined and well-detailed diagnostic image.

The doctors and staff at Burnaby Square Dental have built a practice based on the belief that everyone deserves high-quality dental care. Every beautiful smile we create represents our dedication to the health, happiness, and well-being of families in Burnaby and New westminster. .

Despite our large facility, Burnaby Square Dental provides the personalized service and familiarity that you would expect from a small dental clinic. On the other hand, our size allows us to provide services, teamwork, and comfort that a single-doctor practice would struggle to provide.

We go to great lengths to accommodate each and every patient at Burnaby Square Dental, which is why we keep our office open until some evenings and Saturdays. Call (604) 526 2725 or fill out our online form to schedule an appointment today, and we will see to it that we can accommodate you.

1.What Does a Cone Beam Ct Scan Show?

A cone-beam CT scan shows a set of accurate and high-quality images of your bone structures to help give a diagnosis on your jaw, dentition, bony structures of the face, nasal cavity, and sinuses.

2. What is the Difference Between Ct and Cbct?

CBCT is an alternate form of CT scan that has gained popularity. CBCT involves using an x-ray tube and detector panel with a conical X-ray beam that revolves around the patient to take the needed information. It makes use of a cone-beam instead of “slices” that CT scans would use.

In using CBCT imaging, ALARA principles are followed to control the patient’s exposure to radiation. CBCT scans have significantly less radiation, up to 10 times lower than regular CT scans with radiation exposure of about 400 to 1000 µSv.

4. How Long Does a Cone Beam Ct Scan Take?

Positioning the CBCT scan may take a few minutes, but the scan itself will take less than a minute. Depending on your needs, you might need more than one scan. The overall CBCT scan should be done in less than 3 minutes.

CBCT scans are necessary depending on your healthcare provider’s need for diagnosis or treatments for you. Although there are risks of minimal radiation exposure, the X-ray’s benefits and demand exceed the disadvantage.

6. What is the difference between OPG and CBCT?

7. How Much Does a Cone Beam CT Cost?

8. Will a CT Scan Show a Tooth Infection?

Yes, a CT scan can identify abscess present in the tooth and the extent of an infection if you suffer from a toothache.

A helical CAT scan or Helical computed axial tomography scan is also called the CT scan or spiral CT scan. These scans typically take images as you hold your breath, taking a volume of X-rayed tissue as the table rapidly moves across the gantry,

Yes, CT scans use x-ray technology and complex image analysis to replicate the patient’s body details and information. The mandibles or lower jaw and the maxilla or upper jaw can be scanned with this technology for the doctor to detect any injuries, infections, or other irregularities. 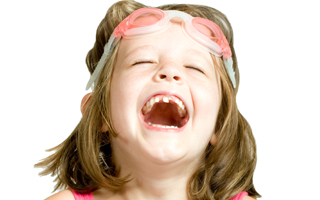 When you look at the top row of a normal smile, you’ll see symmetrical pairs: the central incisors in the middle, flanked by the lateral incisors and the canine (or eye) teeth on the outside of them. Sometimes, though, teeth may not form as they should: in fact, it’s one of the most common congenital… 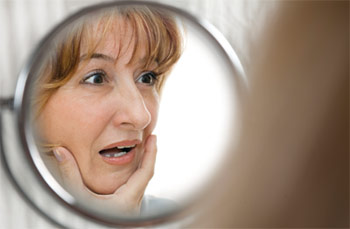 America’s (Dentists) Got Talent – for Fixing Damaged or Missing Teeth!

You’ve brushed your teeth since you were big enough to look over the bathroom sink: now you brush and floss every day. You do it because you know it’s important — but do you know why? It’s because your teeth and gums have enemies: oral bacteria, in particular, the major cause of tooth decay and…